Click here to view an example of the TraitRateProp output page

The analysis of the RPS8 protein across 60 taxa in the Orchidaceae plant family. This taxa collection contains 26 heterotrophic orchids (coded as '1') and 34 autotrophic orchids (coded as '0'). RPS8 (30S ribosomal protein S8) is encoded in the chloroplast genome. Directly binding to the 16S rRNA central domain, RPS8 is one of the rRNA binding proteins comprising the small ribosomal subunit (Bieri et al. 2017). In this run, TraitRateProp detected a significant association between the rate of sequence evolution of RPS8 and shifts between autotrophic and heterotrophic lifestyles (p-value < 0.00001, chi-squared likelihood ratio test; 70% of sequence sites were detected to be trait-associated with a relative rate parameter of 7.6). These results raise the hypothesis that upon transition to a heterotrophic lifestyle, selective pressure acting on RPS8 for optimal binding with 16S rRNA is reduced.
Download RPS8 orchid data

The Bayes factor scores of each site are projected onto the MSA and its consensus sequence, using a color-scale.
Shades indicate the probability of the evolutionary rate of each site to be associated with shifts in the phenotypic trait.
The trait state of each taxon is indicated to the left (red = '1', black = '0'). 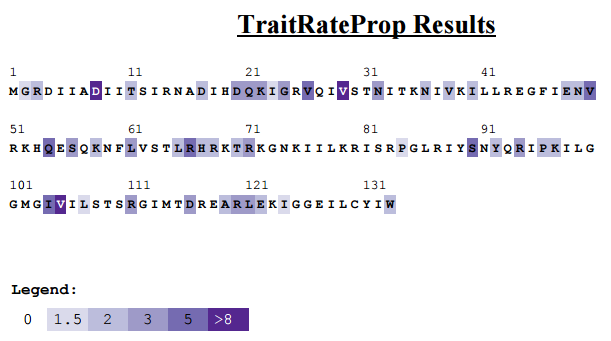 
Projection of the TraitRateProp site scores on the 3D structure

The Bayes factor scores of each site are projected onto the provided 3D structure, to allow for an integrative and interactive visualization (RCSB-PDB NGL viewer). 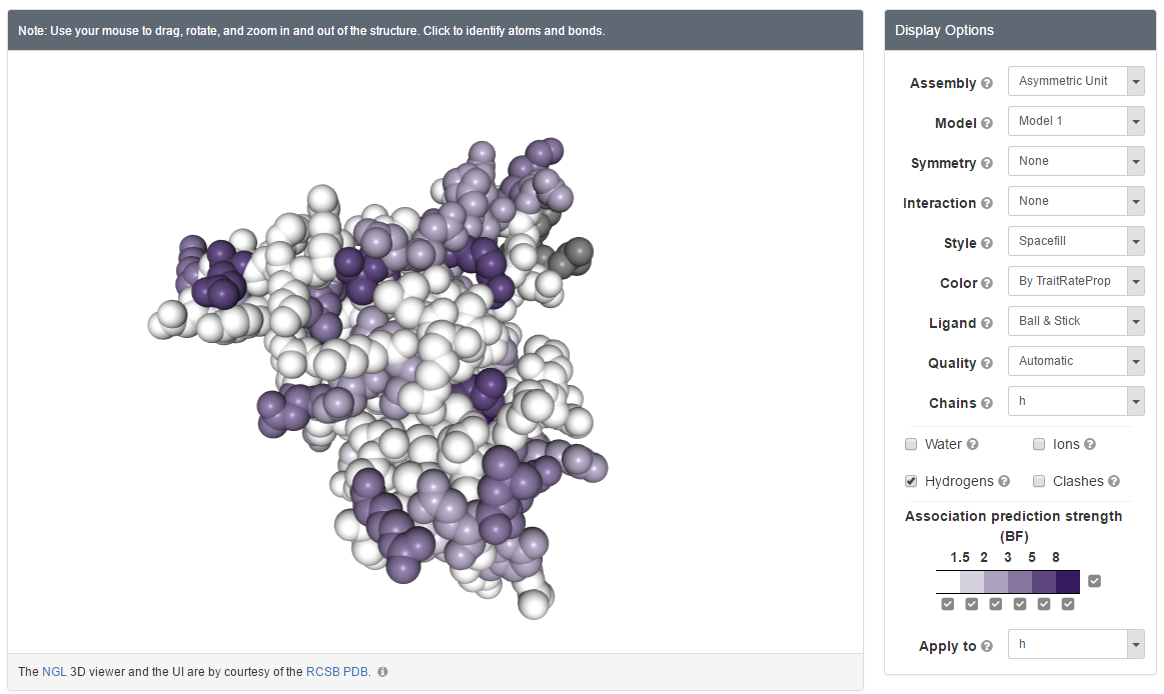